I watched the new Star Wars for £4! At Reel Cinema in Plymouth. I am not massively into Star Wars but my friend Hannah told me it was quite feministy, had an equal cast and a strong female lead, so obviously I had to go and see it. In the same conversation we found that we both had the same views on Jurassic World, that it was hugely sexist and honestly, a real step backwards for Hollywood because of this. I'm a fan of the Jurassic Park films so I went to see the new Jurassic World as soon as it was released and I was appalled. Jurassic World depressed me, and in comparison to the first of the series, in 1993, Jurassic Park had a badass female lead who wears boots and kicks butt! She even slams back at a sexist remark in that film! Jurassic world, i guess, wanted to reinforce the incorrect assumption of women being 2D characters, incompetent love interests that need 'saving'.

Star Wars! Star Wars The Force Awakens was definitely worth going to see, I would have even gone to see it for the more common high cinema prices of around £10 and it would have been worth it. I am definitely going to watch the next one of the series, because this movie was only the beginning for my girl, Rey. Apparently the two main characters for the movie were originally both going to be assumed as two white males, and they switched this to be Daisy Ridley, white female playing the role of Rey, and John Boyega, black male playing the role of Finn. As Star Wars is a HUGE series it is so important for the franchise to use their space to demonstrate the truth of gender or race being irrelevant to the casting of actors for the concept of fictional storytelling in films when neither race or gender are points of focus, or integral to the story. I don't know the whole story of the casting for the film or if it's true that they switched up their original casting ideas... but I am so excited to see these actors playing the leading roles in STAR WARS!

By the way, I already knew about the comparisons of similarity between the tunes for Jurassic Park, Star Wars and Harry Potter, and yes, they do have the same/SUPER SIMILAR theme song, right? But right now while I write this, I am in a hotel half-watching E.T movie and I swear that the music in this movie has some definite Star Wars and Potter sounds also! Waggwarn?

The possibility of Rey being a gedi in Star Wars is an inclusive invite to badass imagination I wish I could have made available to my younger self and other femme humans way back when the first Star Wars came out. It's happening now and everyone is circulating the wild idea that OMG women can also be cool fighter hero humans?!? OMG...

Max-Factor have a Star Wars make-up range! Sure, they are a make-up business and are cashing in on this season's movie dream, but this is fucking awesome. Sell this! Sell the idea that make-up is STRONG. And COOL. For everyone. SELL IT. SELLLLLL ITTTTT.


A couple of Star Wars postcards I picked up at Reel Cinema. 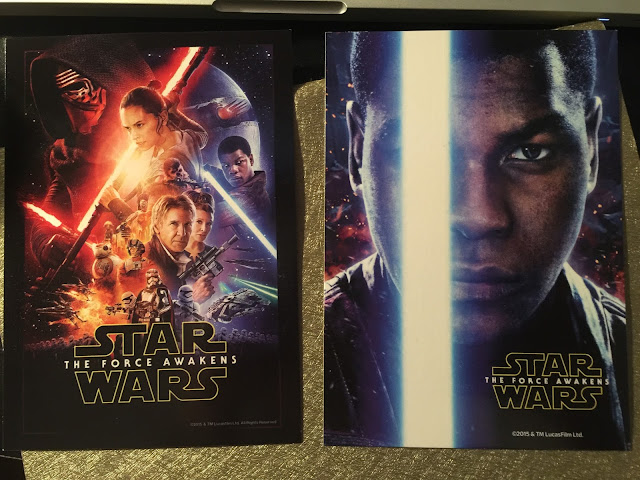 The red curtains in Screen 1 at Reel Cinema, I was impressed with the quality and size of the screen, amazing for an independent cinema. 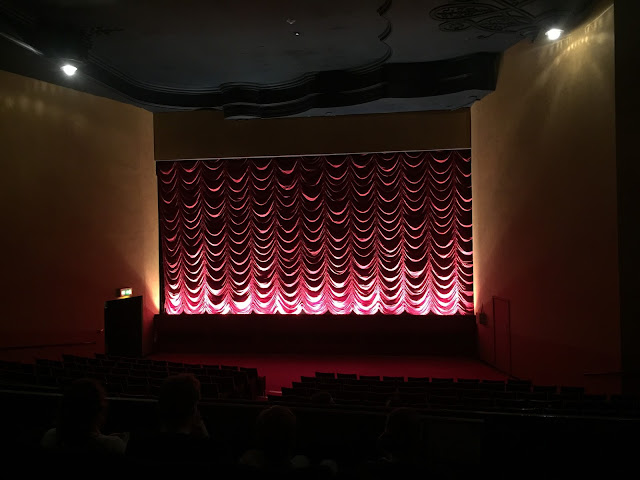